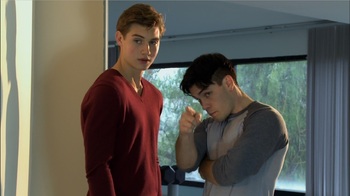 On his 18th birthday, loser Larry is told he is a warlock and he's inheriting magical powers. He's also told that a demon named Kevin is coming to kill him and steal his power.