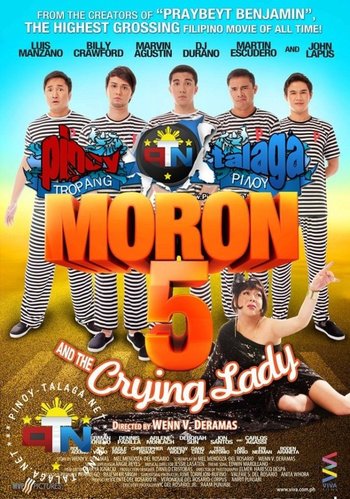 Moron Five and the Crying Lady is a 2012 Filipino comedy movie featuring Luis Manzano, Billy Crawford, Marvin Agustin, DJ Durano, Mart Escudero, and John Lapus. It tells a story of five boys that are depicted to be stupid who led normal lives until they crossed paths with a bruha who became their adversary.

Tropes associated in Moron Five and the Crying Lady.