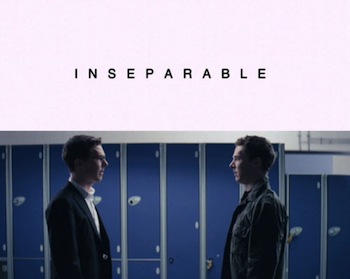 A short film starring Benedict Cumberbatch, produced by the British film company Area17 and released through various digital means. (It's available on YouTube and iTunes, for example.) The story follows two very different men: Joe is a young father who has been given unpleasantly life-altering news, while Charlie is a look-alike drifter for whom Joe's dilemma represents a chance to start a new life. Being for the most part a Silent Movie, the film accomplishes nearly all of the plot development through visual details and the characters' facial expressions, in addition to a few lines of dialogue. (See Empty Promise and Wham Line below.)

Because the story is so condensed (the short is only about 10 minutes long) nearly everything that can be said about its trope content will have spoilers. If you're concerned about that, just go watch it before reading this page; very few spoilers will be marked from here on out. Seriously, it's available on YouTube.

According to their official Facebook page, the producers are interested in turning Inseparable into a full-length film, and are in the process of obtaining funds for the project.