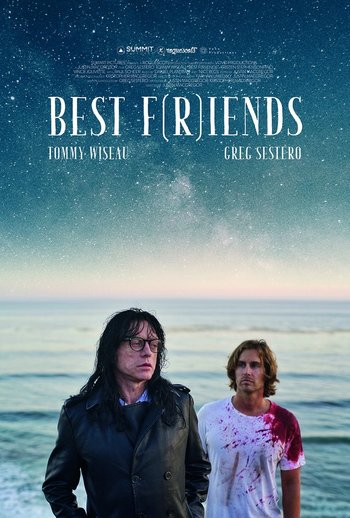 Best F(r)iends is a two-part black comedy directed by Justin MacGregor and written by Greg Sestero. Released in 2017, it is Tommy Wiseau and Greg Sestero's first film together since 2003's The Room.

Young and lonesome drifter Jon Kortina (Sestero) is encountered an by eccentric mortician named Harvey Lewis (Wiseau) and is taken in by him. After a short while, the two become friends and hatch an underground enterprise off the back of the Harvey's old habits. But greed, hatred, and jealousy soon come in turn, and their efforts unravel, causing Jon to run off with the spoils and leaving Harvey adrift. An expedition across the South West introduces wild and crazy characters through a series of twisted and dark foibles as both men learn a valuable lesson about friendship and loyalty.