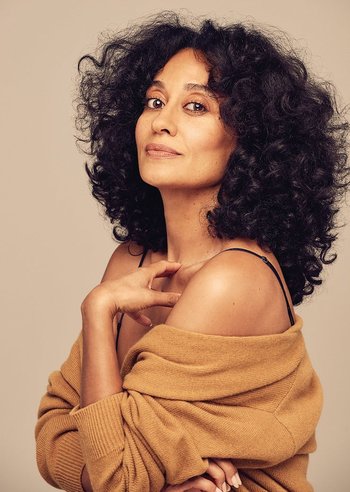 Tracee Joy Silberstein, known professionally as Tracee Ellis Ross (born October 29, 1972 in Los Angeles, California) is a American actress and television personality. She is best known for her lead roles as Joan Clayton in Girlfriends and (Dr.) Rainbow Johnson in Black-ish, the later of which she won the Golden Globe Award for Best Actress – Television Series Musical or Comedy. She is a co-creator and executive producer on Mixed-ish, a Black-ish spin-off focusing on her character's younger years, and she also serves as the narrator.

She is the daughter of famed Supreme Diana Ross, and sister-in-law to both Ashlee Simpson and Jessica Simpson. No really.