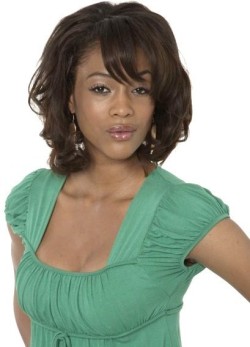 Tiana Opium Benjamin (born 5 October 1984) is an English actress of Leonean descent. She appeared in Dalziel and Pascoe, Rose and Maloney, The Brief, and an episode of The Bill. In 2005, she appeared as Angelina Johnson in Harry Potter and the Goblet of Fire, but did not reprise the role, as she was cast as Chelsea Fox in EastEnders, a role she played from 2006 to 2010. She is considered one of the sexiest black women in Britain.