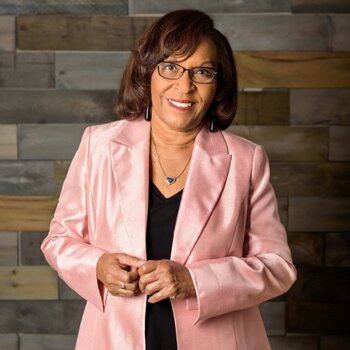 "I learned to dream through reading, learned to create dreams through writing, and learned to develop dreamers through teaching. I shall always be a dreamer. Come dream with me."
Draper's personal welcoming message to her website.
Advertisement:

Sharon Draper (sometimes credited as Sharon M. Draper) is an American author. Draper was a former teacher and educator and started writing in 1990 after being challenged by a student. Her short story "One Small Torch" ended up winning a short story contest held by Ebony magazine (and getting praise from Roots author Alex Haley) and from there Draper retired from teaching and continue to write fiction. Draper's novels are usually Young Adult/Middle Grade Literature targeting African-American youth and are about their experiences.