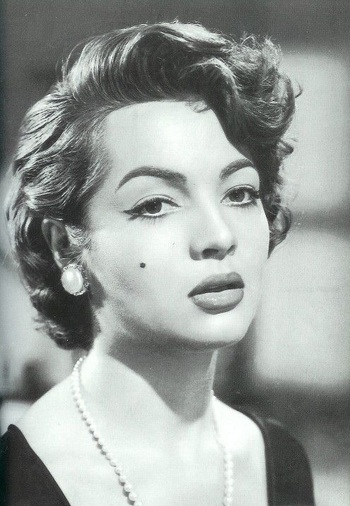 She would make debut in the film Te quiero para mí (1943), and immediately would give the leap to protagonist with Empezó en boda (1944). Although she performed both stellar and secondary roles achieving favorable reviews (including playing the niece of Don Quixote in the 1947 Spanish film version of the novel), unsatisfied of her place in the Spanish film industry, she would decide to try a better fortune in America. In just four years, he filmed fourteen films between Mexico and Cuba, which opened the doors of Hollywood for her to star opposite Gary Cooper in Robert Aldrich's Vera Cruz (1954).

Back in Spain, she secured her status as an international star with the films El último cuplé (1957) and La violetera (1958), which unveiled her particular style as a singer and which became formidable blockbusters, premiering in several countries in Europe and Latin America, and reportedly netted her the highest gross revenues ever recorded for films made in the Spanish-speaking movie industry during the 1950s/60s. In the next fifteen years, she performed only musical melodramas designed for her before retiring from film in 1974, but as a musical figure remained active until the end of her life.

Montiel died in 2013 at her home in Madrid, Spain at the age of 85 from congestive heart failure.

Sara Montiel films with pages on this wiki: