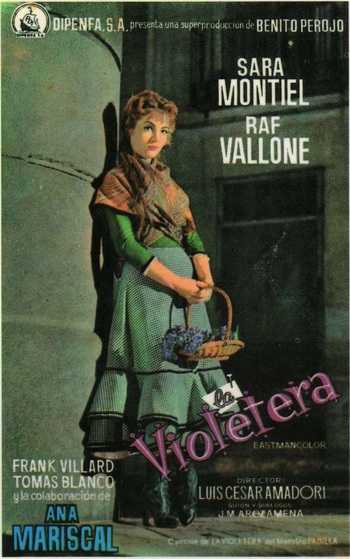 On New Year's Eve 1899, Soledad (Montiel) is peddling violets in a Madrid busy street when she meets aristocrat Fernando (Vallone). The couple falls in love but their different social backgrounds threatens the relationship. Disregarding all social conventions and scandalizing high society, Fernando announces his marriage plans with Soledad. However, when tragedy strikes, Fernando decides to put an end to the affair, and heartbroken, Soledad runs away. Fernando later realizes that he cannot live without Soledad and tries to find her but, by then, she has gone to Paris, where she had conquered France and becomes a stage superstar touring Europe. Will they ever meet again?