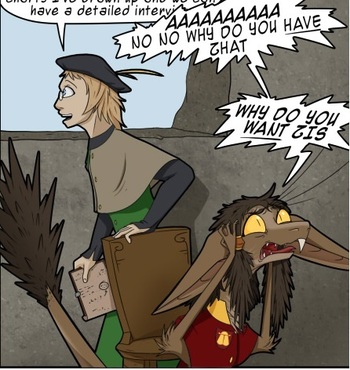 Kass is not having a good day
A story of inconvenient changes
Advertisement:

This is Kassen's life. Not only does he have to cope with a new diet, cravings and urges, as a rare female he's suddenly become a very hot commodity for an entire species best described as a bunch of happy-go-lucky idiots.

. Or, Read from the beginning here