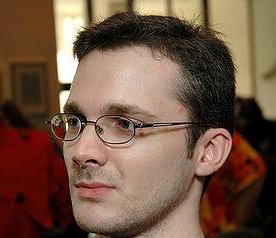 Jay Naylor is a furry cartoonist and Objectivist who created the webcomics Better Days and Original Life. You can see the pages for his webcomics for tropes associated specifically with those comics. This page showcases tropes that recur throughout much of his work.

Jay Naylor's works include examples of: