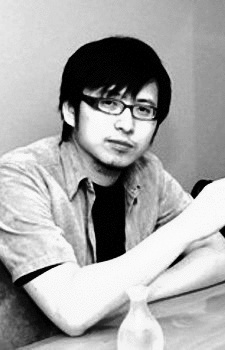 Hiroaki Samura is a mangaka born in the Chiba prefecture of Japan in 1970. He is most well-known for his Jidaigeki epic Blade of the Immortal.

Samura wanted to be a mangaka from an early age, and actually attended Tama School of Art for a period of time. However he joined mostly to join and fraternize with the members of the school's manga club, and was a very poor student by his own admission. He strongly disliked the smell of oil paint and actually paid someone to do his coursework for him, a fact which he is quite open about in the handful of interviews he's given. He managed to earn a serialization in Morning during school and quit to start working on Blade of the Immortal. He hasn't looked back since then.

Samura is well-renowned for having a prodigious amount of drawing skill, with Blade of the Immortal being widely acclaimed for its vividly realistic art and dynamic visual storytelling. Though he hasn't reached wide mainstream success he is very well-respected among older manga enthusiasts and other artists in the industry. A little-known fact is that he was actually one of Naruto creator Masashi Kishimoto's greatest inspirations. He was so impressed with it that he quit the samurai manga he was working on at the time and decided to create a story about ninjas instead, and spent a long time in university studying Samura's work in great detail.

Other works by Samura include Bradherley's Coach (a rather dark manga about comfort women in a fictional European country), Beageruta (a story about fights for money between dangerous women), Harukaze no Snegurochka (a story about Russian spies during the beginning of the Soviet Union), Ohikkoshi (a romantic comedy), Emerald (a collection of short stories with varying themes and tones) and even a Darkstalkers doujin called "Night of the Succubus".