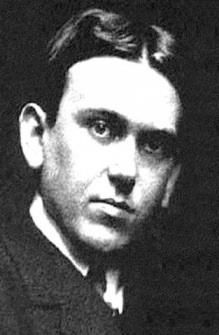 "The most dangerous man to any government is the man who is able to think things out for himself, without regard to the prevailing superstitions and taboos."
Advertisement:

Henry Louis "H. L." Mencken (September 12, 1880 – January 29, 1956) was an American writer, journalist, linguist, satirist and philosopher, hailed as the "Sage of Baltimore" and an "American Nietzsche." An acerbic critic of government, religion and popular culture, Mencken gained fame for his bitingly sardonic prose and caustic wit, becoming one of the most influential writers and stylists of the early 20th century, as well as one of its leading cynics and skeptics.