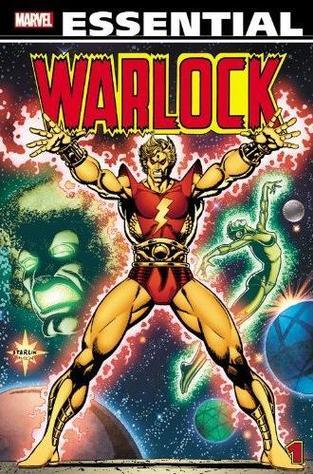 The series continues from Marvel Premier issue 2. Adam Warlock stars in his first own ongoing series. The series lasted until issue 8, after which it was on a hiatus for 2 years. After that, the series resumed with issue 9 (hence that issue 9 says it's a "premier issue") and lasted until issue 15. Issue #9 is the first issue after the reviving of the series and was the continued story from Strange Tales #181.

Although a short series, it has been critically acclaimed for the ground breaking work Jim Starlin did in these comics.

Adam Warlock first appeared in Fantastic Four vol. 1 #66-67 (September-October, 1967), created by Stan Lee and Jack Kirby for a Fantastic Four story, but as "Him", an artificial lifeform who had escaped its creators. In Marvel Premiere #1 (April, 1972) writer Roy Thomas and artist Gil Kane reinvented him as Marvel Space Jesus, complete with crucifixion and resurrection! His task was to save an artificial parallel Earth (Counter-Earth) from a rebellious creation of its maker, The High Evolutionary.

Nevertheless, he never really took off until a new writer got his hands on him — Jim Starlin. It was under him that Adam became the philosopher-hero that he is best known to be today, as well as the Arch-Enemy of Thanos. Starlin also introduced the rest of his supporting cast including Pip the Troll (his best friend, a drunken space satyr) and Gamora, his love interest, Thanos' former personal assassin.

Adam's major storylines involve his Evil Future Self, The Magus, whom he eliminated from existence by killing himself in the future (both got better later) and the Infinity Gems, a collection of gemstones (said to be Pieces of God) that grant omnipotence if used all at the same time (Adam was given one, the Soul Gem, by the Evolutionary. He and his allies later took to guarding the rest, as a team known as The Infinity Watch.)

Warlock has suffered at the hands of lesser writers over the years, but still exists in the Marvel Universe and occasionally pops up to save the day again.

A cocoon similar in design to his one in the comics featured in the background of the Collector's collection in Thor: The Dark World, and again in Guardians of the Galaxy. By the end of Guardians, it's been cracked open and is empty — though Word of God is that in spite of the similar design, it wasn't his cocoon. Adam Warlock was originally considered for an appearance in Guardians of the Galaxy Vol. 2, but his role was cut as the script was revised — while his sister, Ayesha, serves as the film's secondary antagonist. A cocoon different from the one in the first movie is later seen in one of the stingers, which Ayesha refers to as 'Adam'. He will finally appear in Guardians of the Galaxy Vol. 3, portrayed by Will Poulter.