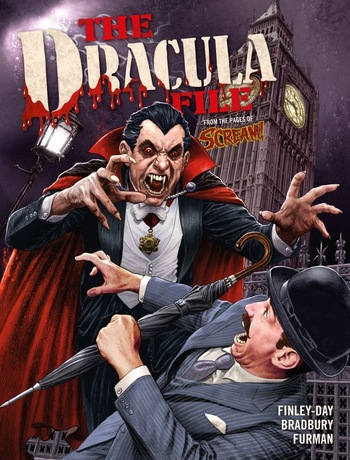 The Dracula File is a 2000 AD imprint horror comic.

Dracula escapes the KGB, and heads for Britain to slake his bloodlust, followed by KGB Officer Stakis.