The (rather large) main cast of Stranger Things. Beware of spoilers.

Due to the length of the character profiles, they have been moved to a separate page. 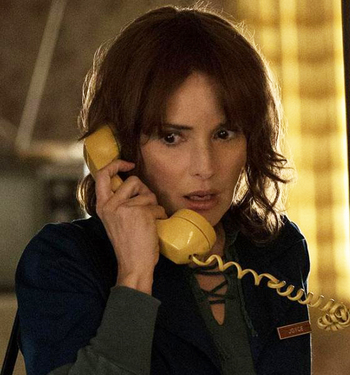 "Just ring me up, Donald."
Played By: Winona Ryder
"Maybe I’m a mess, maybe I’m crazy. Maybe I’m out of my mind! But God help me, I’ll keep these lights up until the day I die if I think there’s any chance that Will is still out there!"

A divorced supermarket cashier and Will and Jonathan's single mother. 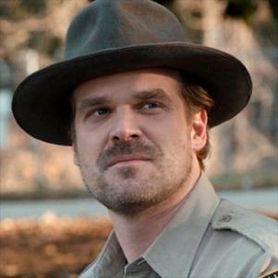 "Mornings are for coffee and contemplation."
Played By: David Harbour
"This is Hawkins. You wanna know the worst thing that’s ever happened here in the four years I’ve been working here? The worst thing was when an owl attacked Eleanor Gillespie's head because it thought that her hair was a nest."

The town of Hawkins's Police Chief and main investigator of Will's disappearance. A divorced former law enforcer in an undisclosed big city, whose daughter died of cancer. He struggles with alcoholism and substance abuse to cope with his losses. 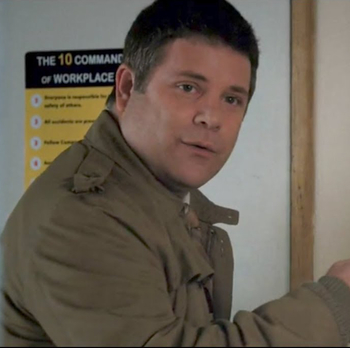 Joyce's boyfriend at the start of Season 2 and head of Hawkins' Radio Shack. 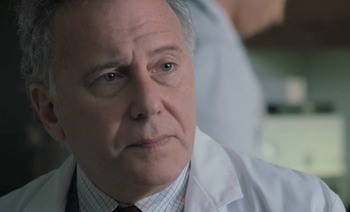 The new head of Hawkins's "Department of Energy" research facility. 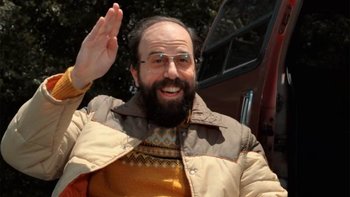 "So Jonathan...how was the pullout?"
Played By: Brett Gelman
"I'm sorry, are my free translation services not good enough for you? If that's the case, you can file a complaint RIGHT UP MY ASS!"

A former journalist turned private detective, Murray was hired by Barb's mother and father to locate their daughter and bring her home. 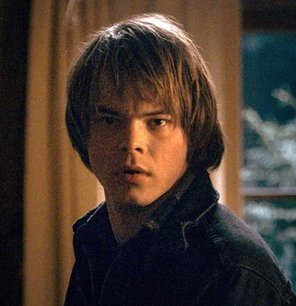 "You shouldn't like things because people tell you you're supposed to."
Played By: Charlie Heaton
"Sometimes, people don't really say what they're really thinking. When you capture the right moment, it says more."

Joyce's older son and Will's brother. An adolescent loner who balances between his duties at school and contributing at home by working due to their father's abandonment. A classmate of Nancy and Steve. 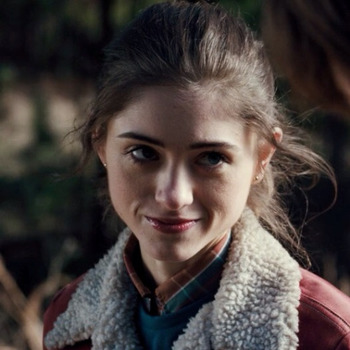 "I wanna finish what we started. I want to kill it."
Played By: Natalia Dyer
"My mom was young. My dad was older, but he had a cushy job, money, came from a good family. So they bought a nice house at the end of the cul-de-sac and started their nuclear family."

Mike's older sister. A straight-arrow highschooler who is starting to experiment with girlfriendhood. 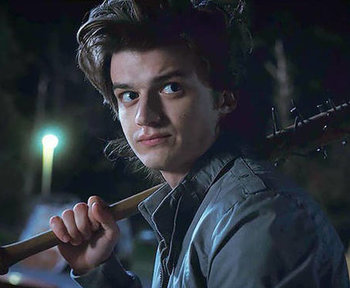 A popular jock at Hawkins High with a crush on Nancy and some skewed priorities. 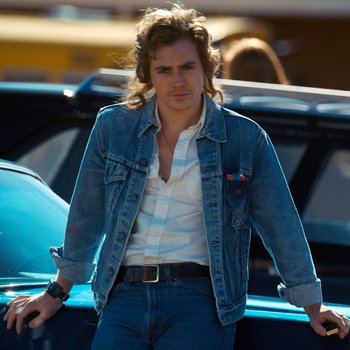 "You smell that, Max? That’s actually shit. Cow shit."
Played By: Dacre Montgomery
"I'm older than you and something you learn is that there's certain people in this world that you stay away from... and that kid Max... that kid is one of them." 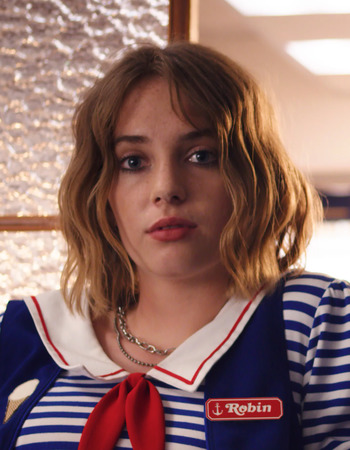 "How many children are you friends with?"
Steve's coworker at Scoops Ahoy. 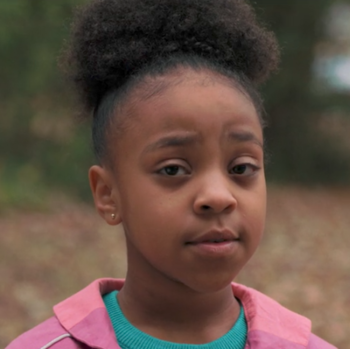