Although starting out as a series of videos of the same scene, with Hitler ranting about whatever topic comes up, Hitler Rants has since evolved into a universe of its own with more scenes from Downfall and even other films being used. The character sheet for the original film is here. More characters can be found here

Tropes applying to all characters:

Tropes applying to most characters: 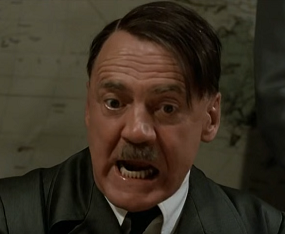 The dictator of Nazi Germany. Due to the Battle of Berlin (which is still being fought into the present day), Hitler is stuck inside the Fuhrerbunker beneath the Reich Chancellery. He is constantly enraged by every problem, both big and small, and always has a furious rant about something. 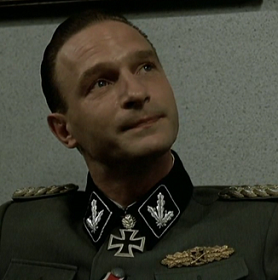 An SS officer and "Master of Antics", a prankster/trickster who enjoys harassing Hitler and others. He is the Fuhrer's sneaky arch-enemy, constantly evading punishment for his actions. 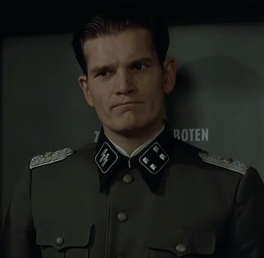 A tall SS officer and Hitler's assistant. His job is to inform Hitler of everything he doesn't want to hear - from bad news, to redundant information, to even nonsensical statements. After informing, Hitler tasks Gunsche with finding Fegelein. He also asks Hitler of his opinion on various subjects, usually in the format of a "review" or "pros and cons" segment. 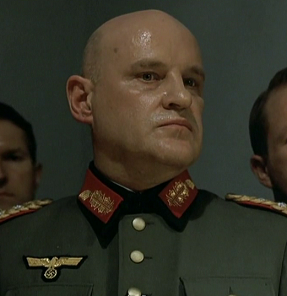 A Wehrmacht general, known for his prominently bald head, as well as almost always disagreeing with Hitler's plans. 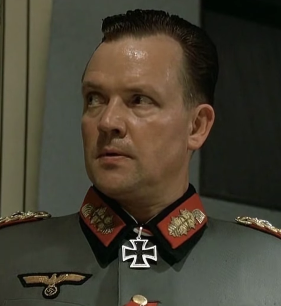 A Wehrmacht general who is known for his drunkenness, bad singing, trying to fire his gun at the slightest provocation, and being the best friend/boyfriend of Krebs. 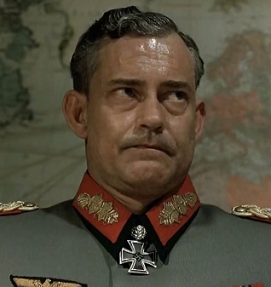 Another Wehrmacht general who has a strange obsession with maps and fish. He is the best friend/boyfriend of Burgdorf. He points at maps for Hitler during planning/ranting sessions, and is sometimes sent to speak with the Soviet general Chuikov. 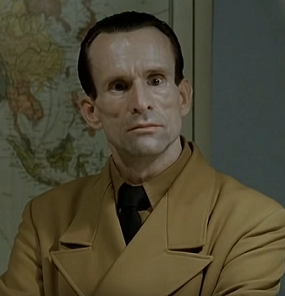 The Nazi propaganda minister. Known for being the skull-faced Yes-Man of Hitler.
Major Characters 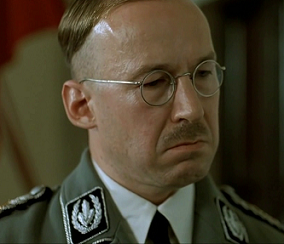 An SS general, and Fegelein's mentor in antics. 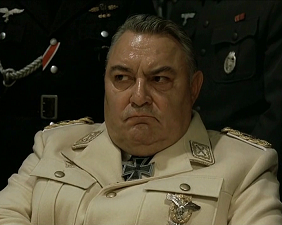 The Nazi aviation minister, who is morbidly obese and devours all food in his reach. 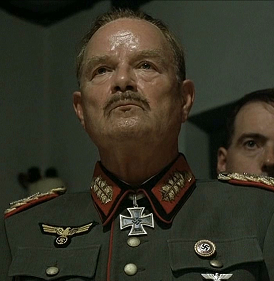 Another Wehrmacht general who's known for not emoting a lot. 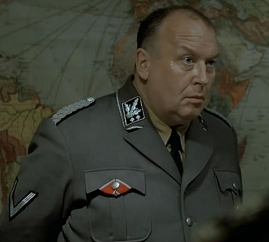 Reichsleiter and personal secretary to Hitler. He generally tends to inform Hitler about bad news, as well as scrape his chair across the floor. 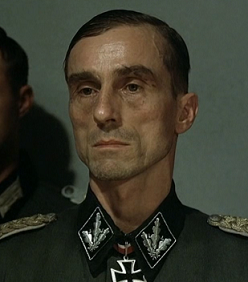 A Brigadier General in the SS. 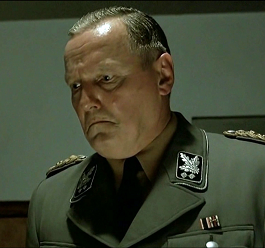 An SS doctor who sometimes informs Hitler before Gunsche does, or he makes a request that the Fuhrer dismisses. 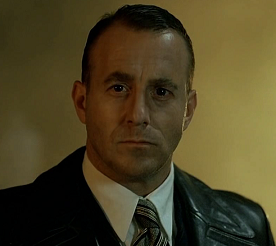 An architect, inventor, and salesman who works for the highest bidder. 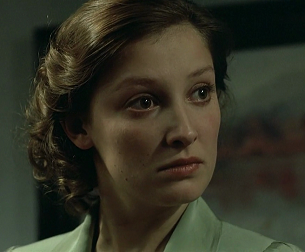 Hitler's secretary, and the most desired woman among her male colleagues. 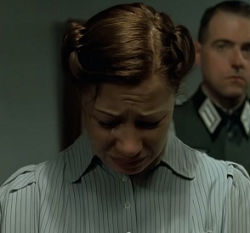 The other secretary and best friend of Traudl. Almost always cried whenever Hitler starts to rant. 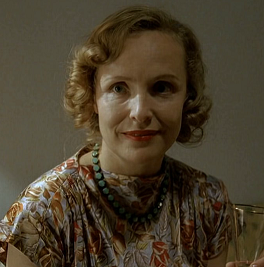 Hitler's loving wife, who always supports him no matter what crazy hell she's put through. 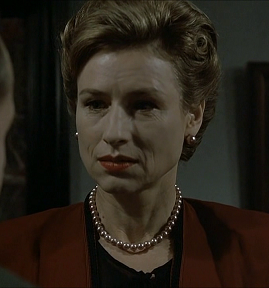 Joseph Goebbels' wife, with whom they have six kids. 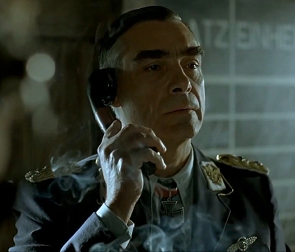 Chief of the General Staff of the Luftwaffe, whom Hitler tends to talk to and get angry with on the phone often.
Minor Characters 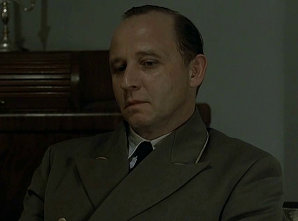 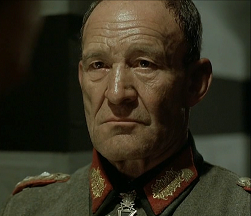 General of the Wermacht Heer and in charge of Berlin's defense. Is known to usually come in to save Fritzsche's life from Burgdorf's several thousand attempts to shoot him. 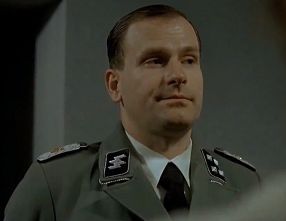 Hitler's own valet, who frequently does virtually nothing except opening up the door to Hitler's office. 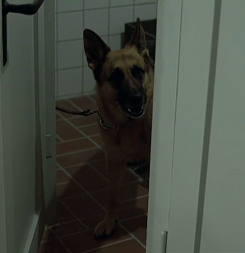 Hitler's dog, whom he often gives tasks to that his other generals couldn't do.

Commander of the sixth Luftflotte that can frequently be seen eating dinner with Hitler.

A German aviatrix that always tags along with Ritter von Greim to Hitler's dinners.

Radio operator of the bunker who frequently plays a minimal role in things.

Nazi official whom Burgdorf has tried to shoot millions of times, but always fails.

An SS officer who pulls Fegelein out of bed to arrest him. He often attempts to execute Fegelein, but usually fails. This is either due to Fegelein supposedly being immortal, or pulling another one of his tricks.

A Hitler Youth member who's often seen fighting in the Berlin streets.

The six kids of Joseph and Magda Goebbels. They consist of their son Helmut, and their daughters Holdine, Hildegard, Hedwig, Helga, and Heidrun.

An SS colonel and doctor. One of the few actual heroic Nazis.

A Soviet general who commands the Red Army forces invading Berlin. He is often seen meeting and talking with Hans Krebs, who is negotiating on Hitler's behalf.

An unseen SS general whose job is to help out Hitler with his plans, no matter how absurd they are.

Another unseen Nazi commander who Hitler sometimes involves in his plans, but not as frequently as Steiner.
Feedback