The characters of Fate/Prototype, the original concept of Fate/stay night: 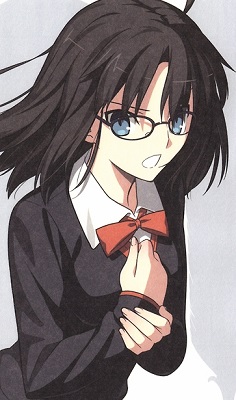 The Seventh Master, with the title of Princes. The daughter of a magus, her father and older sister Manaka died in the previous Holy Grail War and she now lives by herself. She suffers from low self-esteem and low talent in her family's magic. Summons the Servant Saber after being attacked by Lancer. 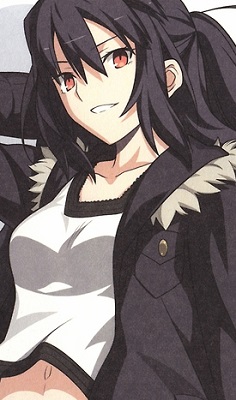 The Second Master, with the title of Cherubim. She is under a curse that eventually takes her life. Her Servant is Lancer. 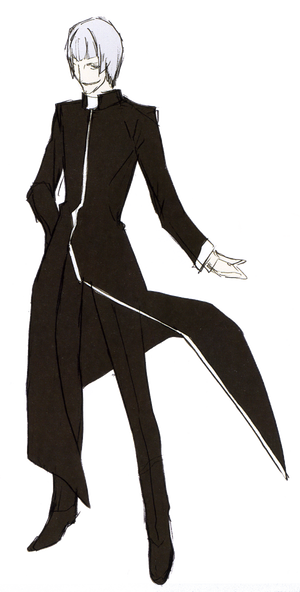 The Absolute Void master, with the title of Absence. Supposedly a member of the Church's Assembly of the 8th Sacrament, he is in fact a member of an organization known as the Order of the Templars (presumably a splinter group) and is one of their top heretic hunters. His title comes from the fact that he's actually an anomaly in the Holy Grail War, being the eighth Master out of seven. His Servant is Berserker. 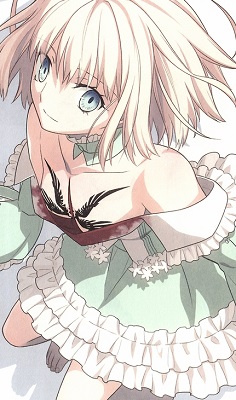 The First Master, with the title of Seraphim. The older sister of Ayaka, she had immense talent as a magus and participated in the previous Holy Grail War. Although she was killed during the war, she was resurrected by the Grail. Her prior Servant was Saber, and her current Servant is the Beast.

The Third Master, with the Title of Thrones. Isemi is the youngest of the Masters, being just 10 years old.
Master of Archer
The fifth-Ranked Master with the title of Virtues. A rich businessman/magus who owns a skyscraper in Tokyo. 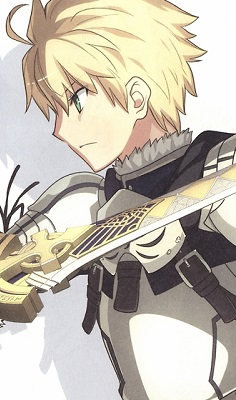 The Servant of Ayaka Sajyou. A heroic individual with a strong sense of justice. Has made it his mission to protect Ayaka. Was the Servant of Manaka Sajyou in the previous Holy Grail War. 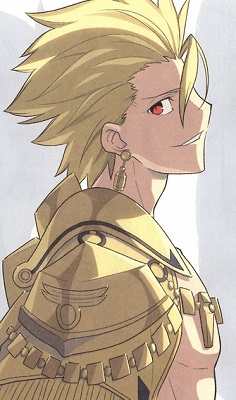 The Servant of the Fifth Master, he is interested in proving himself the strongest and battling other heroes. Acts as a rival to Saber and is smitten with Ayaka. 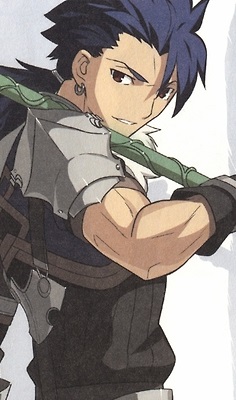 The Servant of Misaya Reiroukan. Tracks down Ayaka at the beginning of the story, which causes her to summon Saber. 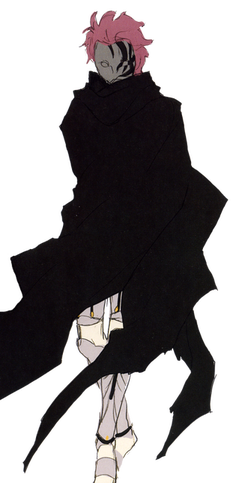 The Servant of the Third Master. A mysterious Servant who wears a mask in battle. 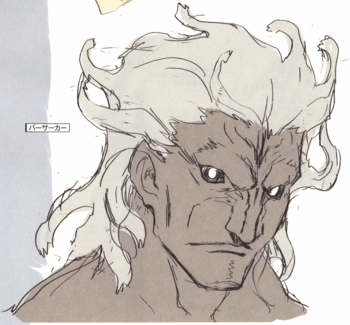 Sancraid Phahn's eventual Servant. A great hero turned into a maddened killing machine by his class, and attached to a Master all too eager to make use of his killing potential.

The Beast of Revelation
The second Servant of Manaka Sajyou. The embodiment of the sins and desires of humanity, its materialization is apparently the true purpose of the Holy Grail.

Masters of Fragments of Sky Silver

The Seventh-Ranked Master of Princes. An Ordinary High-School Student who gets caught up in the Holy Grail War after accidentally summoning Berserker through one of his grandfather's mementos. Believing in justice, he participates in the war to save Tokyo from the dangers that the Holy Grail War presents to it.
Nigel Saward (Master of Lancer)

The Second-Ranked Master of Cherubim. A magus from the Clock Tower. As a result of his research, he was in danger of being assigned as a Sealing Designate by the Association. He takes part in the Holy Grail War in an attempt to win the grail for the Association in exchange for his freedom.
Elza Saijo (Master of Archer)

The Fifth-Ranked Master of Virtues. A kind young woman who had lost her son less than a year ago before the Holy Grail War occurs. Her wish is "for all mothers and children to be saved."
Shizuri Isemi (Master of Rider)

The Fourth-Ranked Master of Dominion. An elderly gentleman who is the current head of a clan of magi whose magic circuits are slowly dying out. As a result, he and his clansmen have learned how to adapt to modern technologies in compensation for the weakening lineage.
Master Reiroukan (Master of Caster)

The Third-Ranked Master of Thrones. The father of Misaya.
Seiji Jinga (Master of Assassin)

The Sixth-Ranked Master of Powers.

Servants of Fragments of Sky Silver

A Valkyrie and daughter of Odin who became mortal after she defied him. She fell in love with and killed Sigurd after he lost his memories of her and married her as part of a plan. Her Master is Nigel Saward.
Archer (Arash/Aras-e Kamangir)

Arash is a famed bowman sung in Persian myths, who accomplished the great feat of saving thousands of people with a single arrow at the cost of his life. His Master is Elsa Saijo.
Rider (Ramesses II/Ozymandias)

One of the Nineteen Individuals to have taken up the identity of Hassan-I-Sabbah. Her Master was Seiji Jinga.
Caster (Paracelsus von Hohenheim)

An alchemist from the Renaissance period and the one responsible both for creating the Alchemic system that is used by most alchemists of the modern era, as well as creating the Azoth sword. His Master is Master Reiroukan.

The father of both Manaka and Ayaka.
Tamaki Kitano

The court magus of Camelot and advisor to King Arthur. Unlike in the prime Fate/stay night universe, this Merlin is actually female.

The "Sword Emperor" of Arthurian legend. A particularly vicious Caesar, Lucius clashed with Arthur many times in his attempt to reintegrate his kingdom back into the Roman Empire.

The treacherous son of King Arthur who was responsible for the fall of Camelot.

The foster brother of Ozymandias who eventually became his greatest rival.
Nefertari