Characters that appear throughout Lord El-Melloi II Case Files. There may be overlap regarding Lord El-Melloi II, Flat Escardos, and other pre-established characters from the Nasuverse; go to the pages for Fate/Zero, Fate/strange fake, Tsukihime, etc. for tropes regarding their appearances in those works.

The title character of the series, having grown in the ten years since his life-changing experience in the Fourth Holy Grail War as the current professor of Modern Magecraft and acting head of the El-Melloi house.

El-Melloi II's apprentice from the countryside. 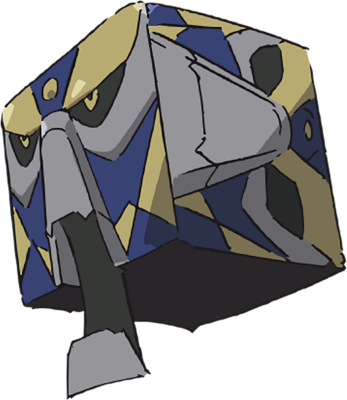 Kayneth's niece and heir apparent to the El-Melloi family, her inexperience and young age has led to her appointing Waver as her new "brother" and lord in her stead to manage affairs. 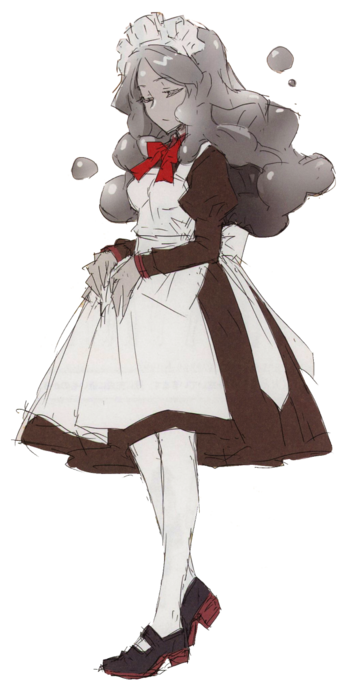 Originally Kayneth's Mystic Code, the Volumen Hydragyrum, it was... appropriated and reprogrammed by El-Melloi II and Reines (with unwanted assistance from Flat) to become something more suitable for their tastes and purposes.

Simultaneously the brightest and dumbest student in El-Melloi II's class, Flat is an upbeat lad with a wide-eyed outlook on life. He frequently indulges in many of the same hobbies as his dear mentor, but his eccentricities tend to get on everyone's nerves.

One of Waver's more prominent students in the Modern Magecraft Department.

The "Red Devil" who joined the El-Melloi classroom a few years after participating in the Fifth Holy Grail War in her hometown of Fuyuki. She is introduced in the sequel series, The Adventures of Lord El-Melloi II.
Ergo

A strange man who Rin found drifting in the ocean near Singapore, with a history involving the Atlas Institute, the Wandering Sea, and the Louxuan Guan (China's mage organization). He is introduced in the sequel series, The Adventures of Lord El-Melloi II, where the mysteries surrounding him play a central role.