This page is for tropes related to characters appearing in DRAMAtical Murder. 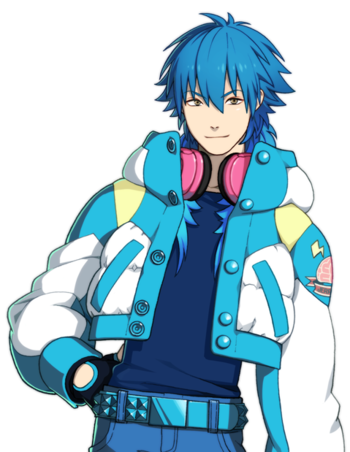 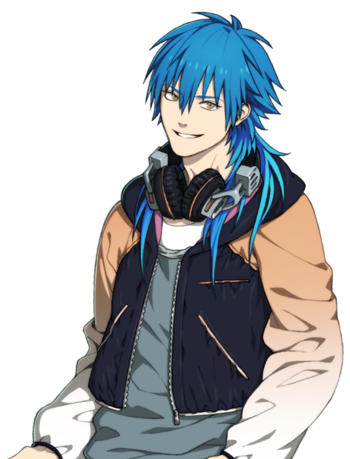 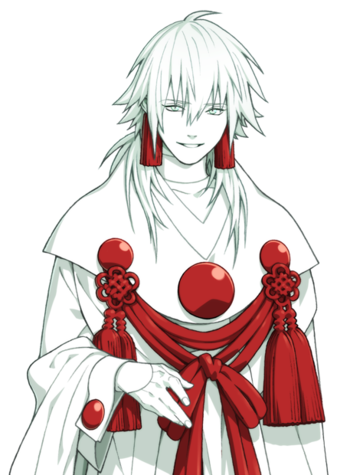 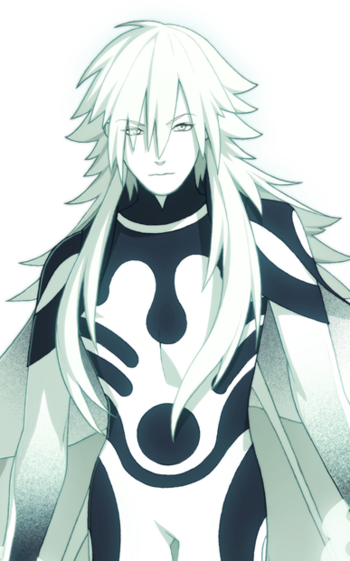 to see his original form

The main character of the story. Aoba lives a peaceful life in the Eastern district of Midorijima, working part-time at a junk shop called Heibon and living with his Granny. He possesses a mysterious power that allows him to convince others to do what he wants with his voice. One day, he receives a message on his Coil with the subject title “Please save me”. After accidentally downloading the file attached to the message, he discovers that the file is a game called 'Silent Oath', where he has to rescue a princess. The game ends abruptly, but leaves Aoba with an ominous feeling. His AllMate is Ren. 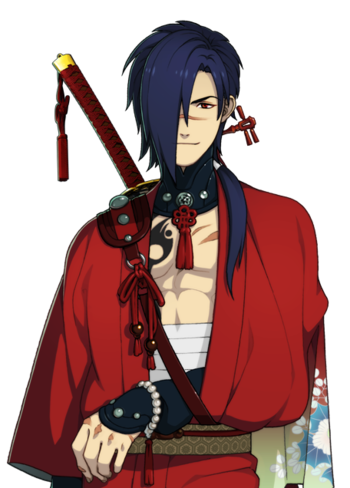 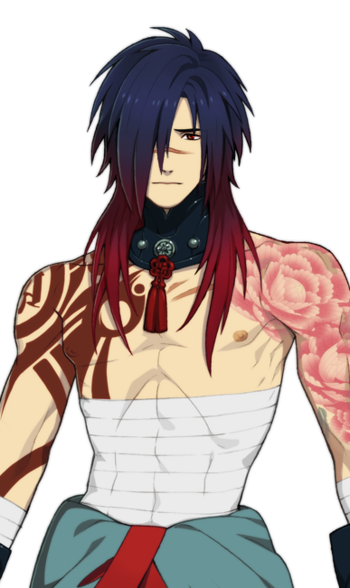 to see Koujaku as he appears in Scrap

Aoba's childhood friend and errant hairdresser. He doesn't actually own a shop; rather, he sets up and cuts hair in random places. He's quite popular with the ladies and tends to have one or two hanging off of him at any given time. Despite this, he tends to put Aoba's needs first, rushing to aid Aoba whenever he needs help. He also leads a gang named Benishigure, who do their best to help the residents out. His AllMate is Beni. 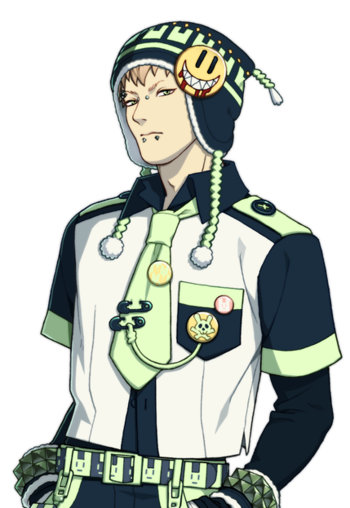 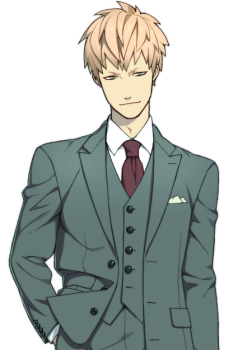 to see Noiz as he appears in his good ending

A heavily-pierced young man obsessed with the virtual reality game Rhyme. Aoba first meets Noiz when the latter drags him into an impromptu Rhyme match, although Aoba is unaware of Noiz's identity at first. Noiz and Aoba properly meet after Noiz breaks into Aoba's room and hacks his computers. His AllMate is Pseudo Rabbit. 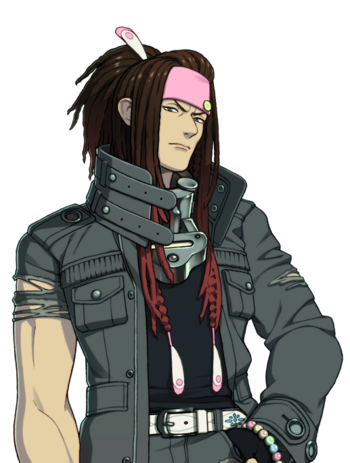 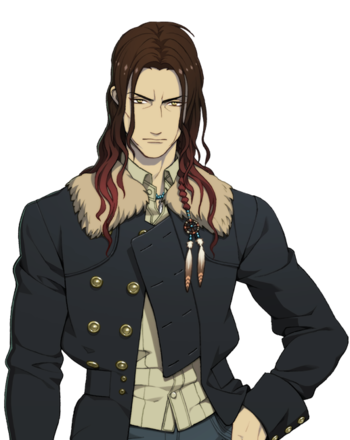 to see Mink as he appears in his good ending

A mysterious, stoic ex-con who is determined to take down Toue. His AllMate is Tori, later renamed Lulakan in RE:Connect. 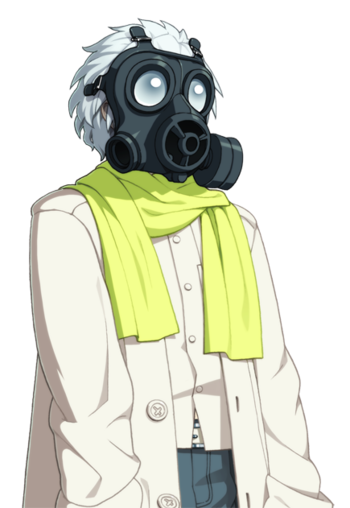 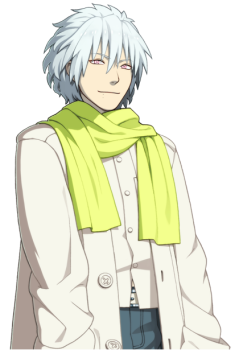 to see Clear without his gas mask

A very strange young man that seemingly falls out of the sky. Clear constantly wears a gas mask for no apparent reason and insists on calling Aoba his 'master'. Strangely, he does not have an AllMate. 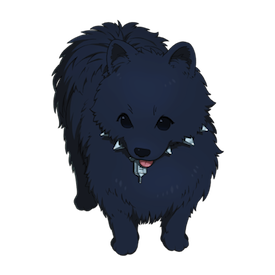 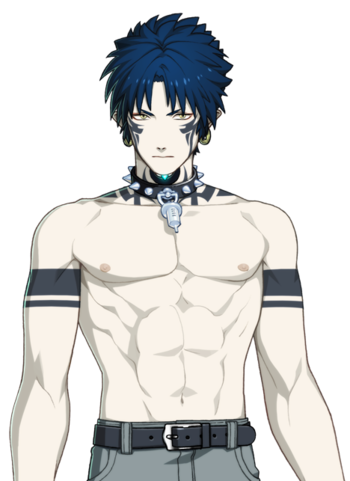 to see Ren as he appears in Rhyme
Click here 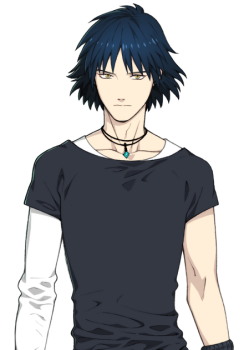 to see Ren as he appears in his good ending 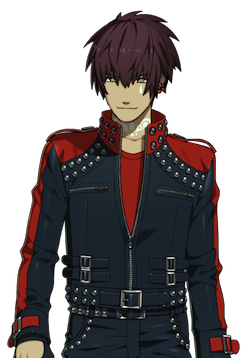 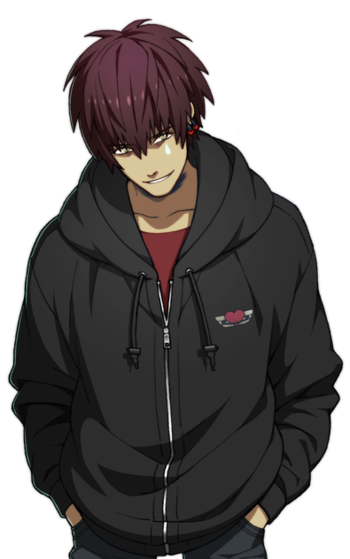 to see Mizuki as he appears in Morphine 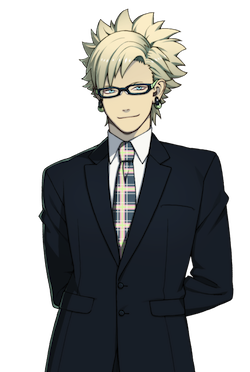 Virus and Trip are long-time acquaintances of Aoba, having met during Aoba's adolescence. The pair look nearly identical, causing people to assume that they are twins. Virus is more polite than Trip and appears to be the more chatty of the two. 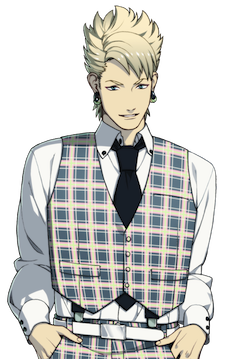 Virus and Trip are long-time acquaintances of Aoba, having met during Aoba's adolescence. They are very similar in appearance, despite not actually being twins. Trip is much more casual in his speech than Virus. He calls himself and Virus 'fans' of Aoba; they kidnap and enslave Aoba instead of handing him over to Toue in Ren's bad ending. 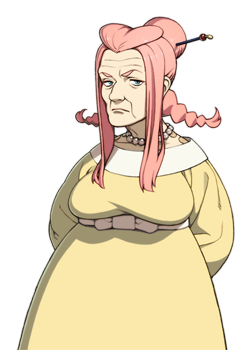 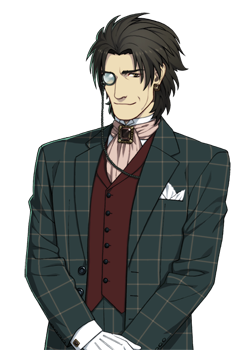 The main antagonist. Calm, collected, and charismatic, Toue is the head of his own self-titled corporation and the owner of Platinum Jail. 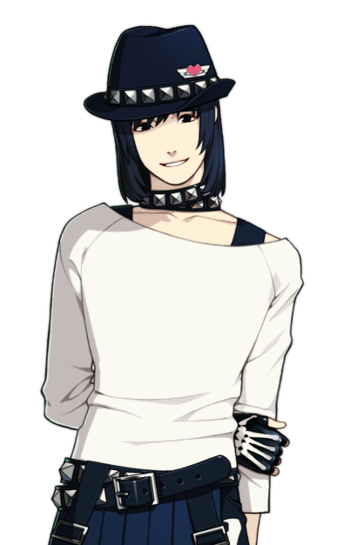 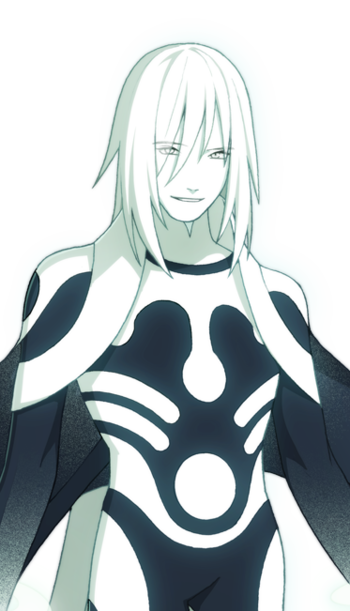 to see his original form 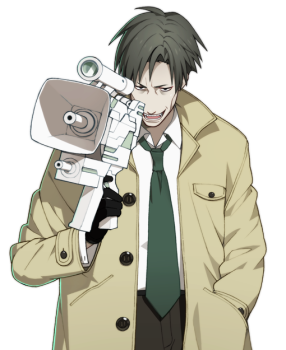 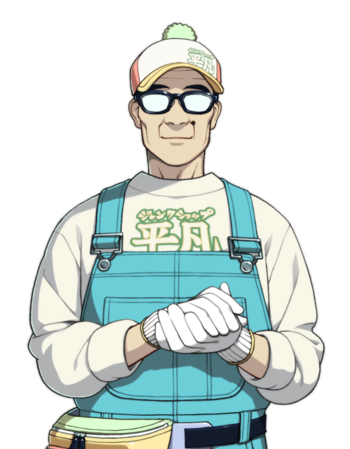 Aoba's boss at Heibon. He's a fairly mild-mannered and easy-going person... most of the time. 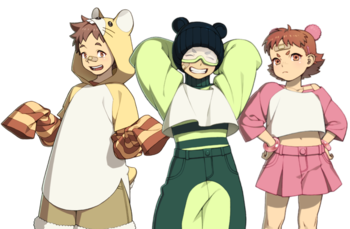 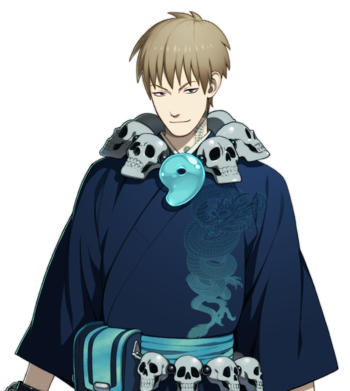 He is a famous tattoo artist who chooses his customers, not the other way around. He only appears in Koujaku's route, and also plays a heavy role in Koujaku's past. 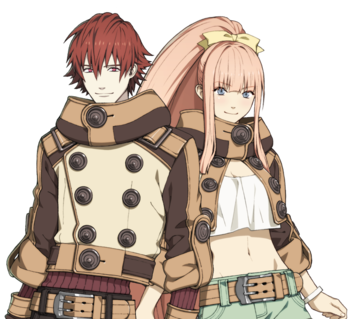 Aoba's parents. They adopted Aoba after Naine saw him on the beach.