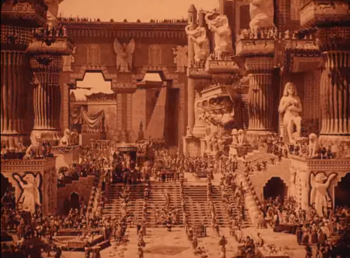 Even back in 1916, they still had incredible sets.