Music / Songs from a Room 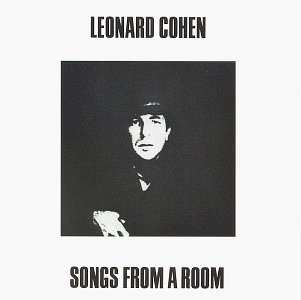 "Tonight will be fine ... for a while."
"Like a bird on a wire
Like a drunk in a midnight choir
I have tried in my way to be free"
—Bird on the Wire
Advertisement:

Songs from a Room is the second album by Leonard Cohen, released in 1969. It has a lighter, folkier feel than its predecessor, Songs of Leonard Cohen, and is the nearest Cohen got to a Country Music album – it was produced in Memphis by Bob Johnson after sessions produced by David Crosby in Los Angeles failed to work out. The lightness of tone on the surface is deceptive however; songs on the album probes deeper into the themes of religion, despair and suicide that were evident in the earlier album. Along with "Suzanne" from his previous album, the opening track "Bird on the Wire" was probably the most-covered of Cohen's songs before "Hallelujah".