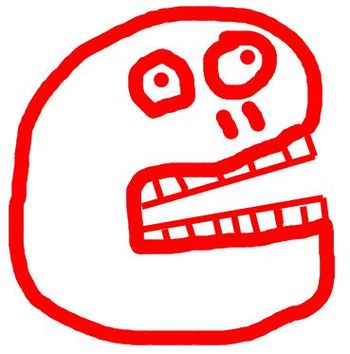 AUGH. THIS WILL GIVE ME NIGHTMARES.

is "a webcomic that's So Bad, It's Good". Starring poor artist and comic creator Arial, COMIC the Comic features a lot of very silly stuff.

COMIC the Comic provides examples of: