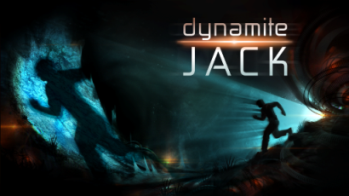 Don't go into the light.
A brave space marine
Captured in battle
Forced to work in the mines
Has just broken free
And must escape.

is an indie stealth game from Hassey Enterprises.

You play as a Space Marine trying to escape from the mines where you have been imprisoned. You must use your titular dynamite to blow through walls, kill guards and destroy vital equipment in order to reach the surface.

Dynamite Jack is available on Android, iPad, and Steam.