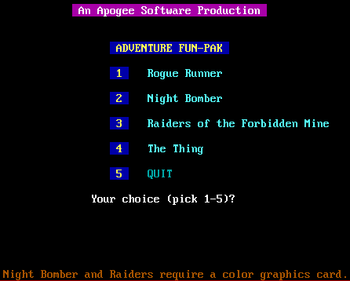 Adventure Fun-Pak is a video game developed and published by Apogee in 1987 for DOS. It's a Shovelware collection that contains four games:

Tropes related to the games are listed on the individual pages.