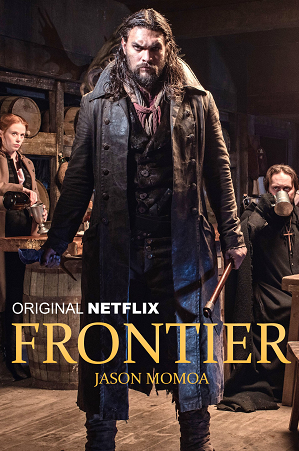 Frontier is a Canadian-American series starring Jason Momoa as Declan Harp, a brutal Cree-Irish fur trader consumed by a need for vengeance against Lord Benton (Alun Armstrong) for the murder of his wife and daughter. It also follows characters from all of the various factions seeking to dominate the fur trade in the Disputed Territories of the New World in the late 18th century.

In Canada, the show was commissioned by Bell Media for their local version of Discovery Channel as that channel's first original scripted series. The show is distributed internationally by Netflix.