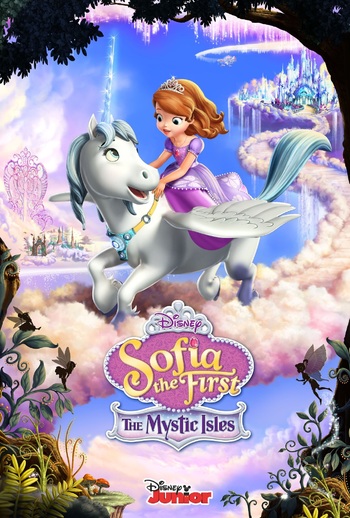 Summary: When Amber discovers that her sister Sofia has a secret job as a Storykeeper, she demands to join her on her latest assignment: traveling to the Mystic Isles and stop the rogue Crystalmaster Prisma from covering the isle with crystals and stealing their magic.

Tropes in this special include: