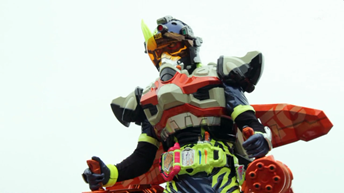 Taiga manages to capture the Bugster which escaped in the last episode and obtains the Jet Combat Gashat, holding the Bugster, and thus the patient, hostage in exchange for the other Riders' Gashats. When they arrive to challenge him, he decides only he is needed to fight the Bugster, and tries to destroy Ex-Aid and Brave.