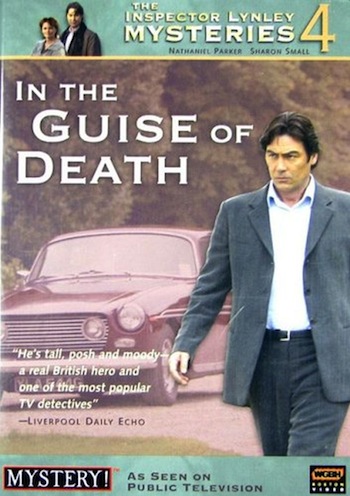 Quick, I must find a way to get Havers involved. Never mind we're both on leave. We just have to be - I mean work - together!
Havers: [sleepy-eyed] I thought you said we were meeting Tremayne at 9?
Lynley: [all dressed, ready to go] Yeah, we are.
Havers: So why've you got me out of bed at 7?
Lynley: Because a thought occurred to me at 6:30.
Havers: Couldn't you have quietly mulled it over to yourself?
Lynley: No. Now come on, Havers, follow me.

While on leave at his family seat in Cornwall, Lynley becomes involved in investigating the death of a local stable-owner Stephen Fenner, who apparently hanged himself. Fenner had been in financial trouble and had recently been duped into purchasing a lame horse by rival stable-owner, Lawrence Chilcott. However, the officer-in-charge, DS Tremayne, rules out suicide when it is discovered that Fenner was drugged with a horse painkiller before being hanged.

In the meantime, Lynley begins to suspect that Fenner’s stable-girl, Moira, and her boyfriend, Lachlan, were involved in smuggling contraband through the Cornish coastline, and were using pathways through Fenner’s estate as well as through Howenstowe, the Asherton estate. He believes that Fenner’s murder may be to do with his getting in the way of the smuggling racket.

When Havers comes over to stay at Howenstow as a result of Lady Asherton’s invitation, Lynley asks her to help him as he works with DS Tremayne on the case. However, time is running out, and they are forced to watch more lives being taken in connection with the case.