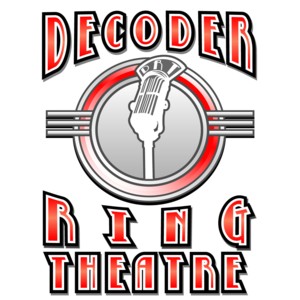 An anthology fiction podcast, primarily focusing on throwback stories evoking the radio serials of the 1930s-1950s. Their flagship shows are Black Jack Justice and The Red Panda Adventures, with the Decoder Ring Theatre

site typically switching off between the two, with off-format shows in the summer season showcasing stand alone stories, or multi-part stories like Deck Gibson: Far Reach Commander and the Knightmare. In 2015, the Red Panda Adventures had its grand finale, briefly continuing as a series of flashback bonus-episodes set earlier in its run with present-day framing stories, until Black Jack Justice also went on hiatus in 2016. Since then, the podcast has continued as audiobook adaptations of Red Panda and Black Jack Justice tie-in novels and comic books, as well as other prose fiction by Gregg Taylor, read by regular cast members.