In the first film: 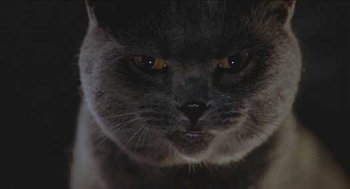 In the second film:

In the animated series: