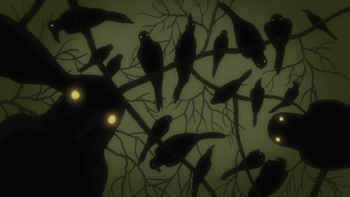 Watch where you wander.
Advertisement:

Dealing with spiritual creatures, even natural ones, can lead to some pretty frightening things.

WARNING: Spoilers Off on moment subpages. Read at your own risk.