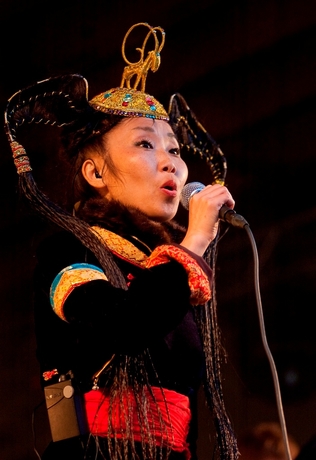 Namgar (Buryat: Намгар) is a Russian band. They were formed in 2001 in the Buryat Republic by Namgar Lhasaranova and Yevgeny Zolotaryov, a Buryat singer, who recruited Buryat and Mongolian musicians on traditional instruments. Their style combines Buryat-Mongolian Folk Music with The Power of Rock. Members include: