Music / Pictures at an Exhibition 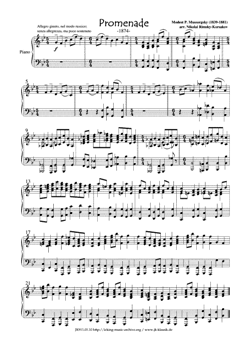 The front page of the score.
Advertisement:

Pictures At An Exhibition is an 1874 piano suite, composed by Modest Mussorgsky but more famous in Maurice Ravel's orchestral arrangement. The work was inspired by a collection of paintings from a friend of Mussorgsky, Viktor Alexandrovich Hartmann (5 May 1834 – 4 August 1873). Each individual piece carries the title of one of these paintings which, unfortunately, are nowadays mostly missing. Descriptions of what the works showed have survived, so that the modern day listener at least has some idea what they might have looked like.

The work has been covered by various pop musicians (Emerson, Lake & Palmer, Isao Tomita, Tangerine Dream, Animusic, Sound Horizon,...) and even adapted to film, including a 1966 version by Osamu Tezuka.

Tropes found in the original work:

The 1971 version by Emerson, Lake & Palmer provides examples of: 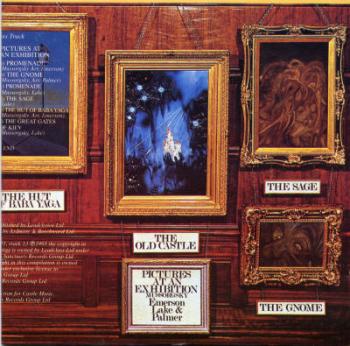