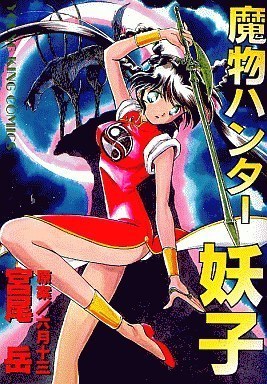 Devil Hunter Yohko the Manga - Oh, how different it is from the OVA series
Advertisement:

A manga of Devil Hunter Yohko was created by Gaku Miyao, the original illustrator of the OVA series, published by Young King Comics in 1996. This story is wildly different from the OVA series by miles, more in tune with the original vision. Yohko now lives alone by herself in an apartment selling newspapers by early morning. Her parents were killed in a car accident and her grandmother is nowhere to be found. She still goes to school with her friend Chi.