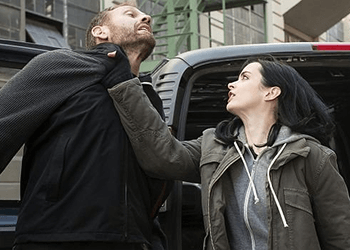 There is a niche between the ordinarily powered heroine and the superpowered superheroine. She has a little extra something that most humans don't have, but is nowhere near the territory of The Cape.

She is independent and strong willed, but vulnerable. Her little extra something isn't powerful enough that she won't have to use her brains to solve a problem, but she can occasionally call on that something for a solution most people couldn't use.

She is essentially a fantastic expression of "Girl Power", whatever that means for the show's target generation.

Not to be confused with a girl with an extraordinary amount of the Most Common Superpower.