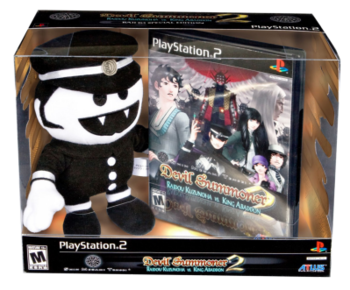 When The Merch goes Fun Size. It seems anyone and everything you can think of has a plushie toy based on it, especially in Japan when it comes to Anime and Video Game characters (minor or major). These can be official or fan made.

Although they are mostly toys, they are still featured on shows, especially fan made works.

Can overlap with Misaimed Marketing if the work wasn't aimed at children to begin with or Made of Explodium if the In-Universe plushies are explosive.