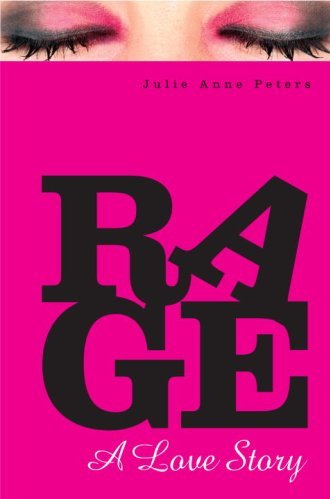 Rage: A Love Story is a young adult novel written by Julie Anne Peters in 2009, detailing an abusive relationship between two teenage girls. The protagonist, Joanna, is a lonely lesbian teen about to graduate high school. After the death of her parents Joanna lives in a constant fantasy wherein Reeve Hart, an out lesbian student at her school, finally returns her affections and the two initiate a passionate, intimate relationship. When Joanna is put in charge of tutoring Reeve's twin brother, Robbie, Joanna finally sees her chance to make her dreams come true. Early into the story, Reeve warns Joanna to stay away, but Joanna sees Reeve as the key to her happiness and pursues her against everyone's advice.