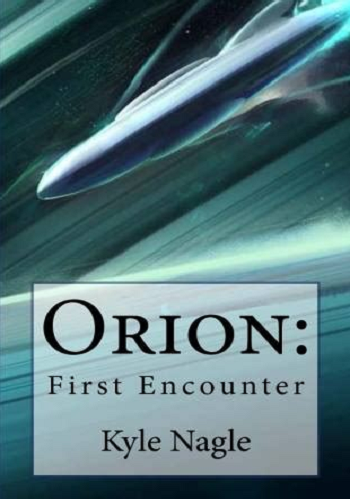 "Orion: First Encounter" is a short children's book written by Kyle Nagle. It begins with a spacecraft, the Orion landing in a small bayou behind a suburb. Soon after it is discovered by two young students: Jake and Erin. The only thing is, they seem to know quite a bit about the spacecraft, and it seems to be made just for them. Things get even weirder when Erin's cat tells them they've been chosen to pilot the Orion.
Advertisement:

The next thing they know, they, along with Henry, a neighbor who just happened to be in the wrong place at the wrong time, have blasted off into space. Earth behind they run into junkers, Space Pirates and killer robots.

It is currently available on the Kindle

and in paperback form.