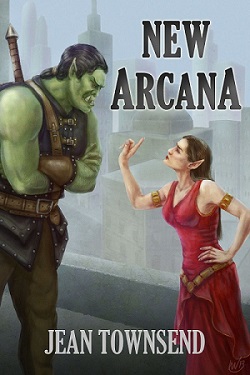 New Arcana, by Jean Townsend, is a series of fantasy novels set in a post-scientific world with cultural parallels to present-day America. The main characters enlist in the mildly military Collitional Order of Neomages, where they are placed in small cohorts that imitate the composition of sword-and-sorcery rpg adventuring parties. The first two books of the series describe the training and first missions of Cohort 801.