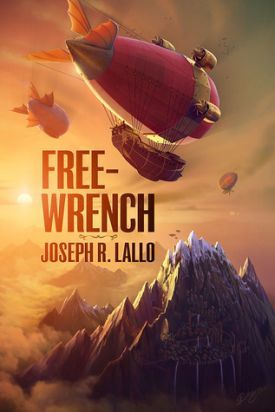 Free Wrench is a series of steampunk novels by the independent author Joseph Lallo, written for the National Novel Writing Month. It is the story of Amanita Graus, her Captain, and a Ragtag Bunch of Misfits gallivanting about on the good ship Wind Breaker.

There are currently two books in the series, the eponymous Free Wrench and its sequel, Skykeep.