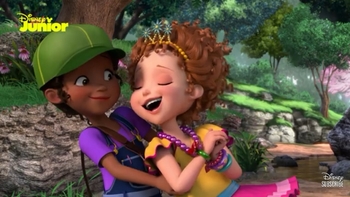 Talk about getting up close and personal
Advertisement: