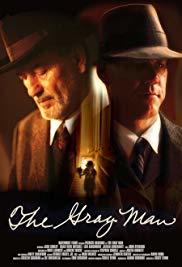 The Gray Man is a 2007 American True Crime film.

is a man with... issues. You see, due to an abusive childhood, he's developed many paraphilias. Paedophilia, sexual sadism, a humiliation fetish, you name it. His madness boils to a head, and he starts abducting and murdering children. As his murders continue, the police desperately search for the lunatic the public has nicknamed "the Gray Man."