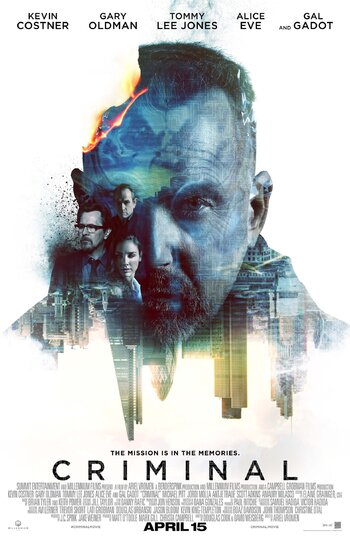 “You hurt me, I hurt you worse” - Jericho
Advertisement:

Jericho Stewart (Costner) is an imprisoned criminal whose childhood brain trauma left him with an inability to feel emotions or control his impulses. However, he's taken from custody when London-based CIA agent Bill Pope (Reynolds) is killed in action, as the CIA, led by Quaker Wells (Oldman) needs to find a hacker known as the “Dutchman” who created a wormhole program that would gain access to the worlds nuclear arsenal that he hid, pre-mortem. Jericho is to be the subject of a CIA experiment to graft Pope's brainwaves onto his own. Only his new memories can save the world from Spanish anarchist Xavier Heimdahl (Mollà), who plans to bring destruction to the world.