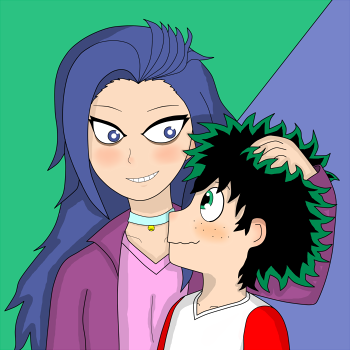 "After losing against Todoroki, Hitomi knew she needed to reinvent herself to obtain the strength she lacked. And when she met Midoriya she didn't knew exactly what to expect from him, surely not a friend nor a partner... Though, as much as she would like to say otherwise, Hitomi wasn't exactly against the idea."

“Do as I say, not as I do” is a Romantic Comedy fanfiction from My Hero Academia, written by Erin Tesden. It depicts Hitomi Shinso –a Gender Bender version of the character Hitoshi Shinso-, and her budding relationship with a Quirkless Izuku Midoriya, as he aids her in the way of becoming a hero.

. And besides the main story, there´s a related Oneshot called “Look at me”, that can be read here