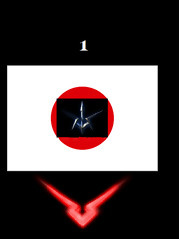 "I swear, someday, somehow, I will destroy Brittania!" -Lelouch Lamperouge, Chapter One
Advertisement:

is a Code Geass Fan Fic that is a mix of Alternate Universe Fic and Rational Fic written by SeerKing.

Lelouch has sworn to destroy Britannia in the aftermath of the Invasion of Japan. However, he has gone a step further and (initially somewhat reluctantly) taken up physical exercise and reading up on battle tactics so that when he begins his rebellion, he isn't as physically weak or as tactically inflexible as he was in canon. Nor is he the only one who is acting smarter and more rationally: Ohgi, Jeremiah, Kallen, Milly's grandfather Reuben, and Sayoko, among others, are also more rational in their thoughts and actions with few exceptions.