Fan Fic / The Sum Of Our Sins 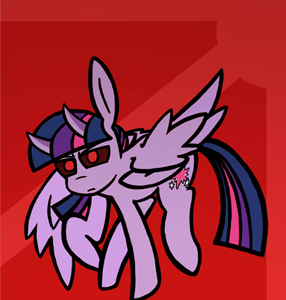 "She’s...She's going through a metamorphosis."

Sum of our Sins is a action adventure My Little Pony: Friendship Is Magic fanfic written by the-great-grey and based off the Majin Buu saga of Dragon Ball Z. Revolving around Twilight Sparkle, five months after she defeated Tirek.

It begins with Celestia and Luna being visited by a old pony, who tells that he found a powerful magical artifact known as the "Seed of Sin". Celestia knowing of the artifact sends Twilight, Luna and Rainbow Dash to find it and destroy it. The being inside of it gets released, and the main cast has to struggle to defeat it and save the world.

This is an ongoing story and can be read, here.

This My Little Pony: Friendship Is Magic Fanfic contains examples of the following tropes: