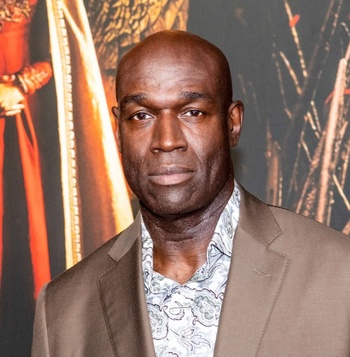 Steve Toussaint (born March 22, 1965 in Birmingham) is a British actor and writer of Barbadian descent.

He is perhaps best known for his role as Corlys Velaryon in HBO's Game of Thrones prequel series House of the Dragon.

"Toussaint" is not his first surname, he chose it to honor Haitian revolutionary leader Toussaint Louverture