Barbados is an island country located to the east of the Windward Islands chain, in the Lesser Antiles of the North Atlantic Ocean. Despite being in the Atlantic Ocean east of the other Caribbean islands, it's still considered a part of the Caribbean and is one of the top tourist destinations in the Caribbean. Barbados is also located outside of the principal Atlantic hurricane belt, and so is often protected from most of the destruction that tropical storms and hurricanes cause to most of the other islands in the region during the rainy season.
Advertisement:

First inhabited by Amerindian tribes including the Kalinago, Barbados was visited by Spanish navigators and claimed for the Spanish Crown in the late 15th century. The island was later taken over by the English in 1625, and in 1627, it became a English and later British colony as the first permanent settlers arrived from England.

Originally having cotton, ginger, indigo and tobacco as its exports, the island boomed as a sugar production center in the 1640s with the introduction of sugar cane from Brazil, eventually becoming one of the world's biggest sugar industries at the time. However, this plantation required a large investment and a great deal of heavy labour, and so a large number of African slaves were brought to Barbados, with the island becoming an English center of the African slave trade until slave trading was outlawed in 1807, with the final emancipation of slaves in the country occurring in 1833. To this day, like most of the Commonwealth Caribbean, the majority of the 280,000-strong population are of African descent, with Whites, Indian and Syrian people forming a tiny percentage.

The country became independent in 1966, but remained a part of the Commonwealth Realm for the next 55 years, with Elizabeth II as head of state. It became a republic on 30 November 2021, with the head of state now occupied by a ceremonial president, following an announcement in September 2020

The locals affectionately call the island Bim. Nothing to do with that one.

Internationally, the country is famous for being the homeland of Rihanna, the world's seventh best-selling music artist. Although she no longer lives in Barbados, she holds sole Barbadian citizenship and was appointed Ambassador of Culture and Youth by the Barbadian government in 2018. 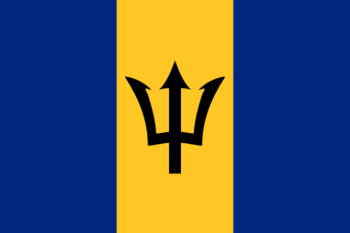