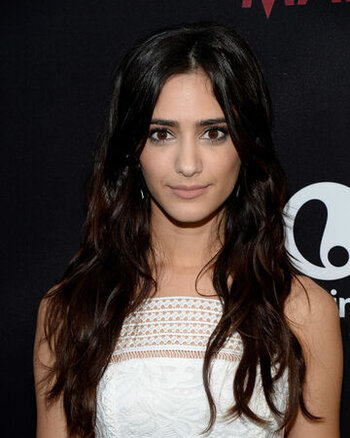 María Soledad Rodríguez Belli (born 17 April 1990), known by her stage name Sol Rodríguez, is an Argentinian actress and model, of Spanish and Italian descent. She is best known for the role of Mecha in the Nickelodeon Latin America's series Grachi. Rodríguez has released several songs from the soundtrack of Grachi, sung along other members of the cast.